The Foundation for Biblical Research is the sole proprietorship of J. Richard Fugate and Virginia Fugate. Mr. Fugate personally accepted Jesus Christ as his savior and was baptized into the Body of Christ at Reinhardt Bible Church in Garland, Texas, in 1968. He and his wife Virginia, who was saved the year before, have attended various Bible churches in Dallas, Austin, Phoenix, and Sacramento over the years. Most of their pastors have been graduates of Dallas Theological Seminary. Throughout the past 35 years, he has taught in each of the churches they have attended. 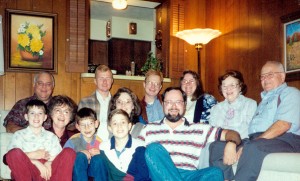 After committing himself in 1971 to serve God anywhere, or in any manner he might be called, Mr. Fugate learned Greek and studied many thousands of hours in the original languages of the Old and New Testament texts. He did not rely on existing systematic Theologies or Bible commentaries; preferring to perform his own exegesis and word studies to develop doctrines that are substantiated by Scripture alone. He founded the Foundation for Biblical Research (FBR) in 1979 “to determine the one true meaning of Scripture based on honest research and a scientifically sound system of hermeneutics.” All of Mr. and Mrs. Fugate’s books were written based on that research.

Soon after his commitment to God, Mr. Fugate was called as Business Manager and later became Vice President of Finance for Accelerated Christian Education (A.C.E.). Although he had no formal education or experience in either business or education, God worked through him and many others so that A.C.E. became highly successful in starting over 2,000 Christian schools over the next three years (1973-1976). In 1975, Mr. and Mrs. Fugate were led to start a Christian school in Garland, Texas, based on their experience of homeschooling their own three children for two years. In 1978, Mr. Fugate began consulting part-time with Alpha Omega Publications (A.O.P.) in Phoenix, Arizona, while continuing to direct FBR’s work in Austin, Texas. Subsequently, he was hired as Chief Executive Officer and Chairman of the Board of A.O.P. in March of 1982.

Mr. Fugate has been a Keynote Speaker at over 40 State home-school conventions over the years and has written three books on homeschooling. When A.O.P. was taken over by a California company in 1994, the new owners brought in their own upper management team and eliminated the old. The Fugate’s then went on the road speaking on Biblical marriage, child training, and homeschooling while writing second editions of their most popular books. Mr. Fugate also served as Business Manager of Family Ministries from 2000 through 2004.

Mr. Fugate is again functioning as full-time Director of the Foundation for Biblical Research in Apache Junction, Arizona and continues to teach and write on Bible-Based Theology. He also served as a teaching elder for several years at In The Word Bible Fellowship Church in Mesa, Arizona. For information on this church, please see here.